I finally had some free time to get Adobe Lightroom installed on my new desktop.  I never used the program before and just used an older version of Photoshop for cropping and resizing.  Lightroom is much more efficient at doing the editing that I do than Photoshop is.  What would normally take a good part of a day (like 8 hours or more) to go through all my photos from an event, now took just a few hours (3-4 hours). I am now asking myself why I never used it before...

Anyway, I know these are over a year late, but my laptop would crash after editing 3-4 RAW image files so going through 1000+ and having to reboot after 3-4 files, I don't have the patience or that much free time to tackle that scenario.  I figured I would process the supercross photos first since we just got started racing again.  Qualifying for Salt Lake City, round 2 starts in a few minutes as I type this.

Since it was so long ago, I'll give you a little refresher.  In the 250 class, Austin Forkner had the points lead and the red plate.  Unfortunately, 3 weeks prior, Austin crash in timed qualifying and tore his ACL. Austin had a 26 point lead going into Nashville and after the race, it was down to just 3 points. He did the best he could in the time leading up to Met Life to get rehab and therapy, but in the end, it wasn't enough.  He made it through practice, qualifying and the heat, but had to pull off in the main.  Chase Sexton ended up winning and taking over the points lead and then after the Las Vegas round, he was crown 250 East SX Champion.

The 450 class still had drama, although the points race was not as close.  Cooper Webb held a 18 point lead over Eli Tomac and 23 points over Marvin Musquin.  Eli Tomac needed to win Met Life and Las Vegas plus needed help from other guys to get in front of Cooper Webb.  It was a long shot for Eli, but still possible.  Zach Osborne got off to a good start and was leading.  He then crashed and handed the lead over to Eli if I remember correctly.  The track was breaking down all night and especially the whoop section.  The riders were jumping the whoops instead of the blitzing across the tops of them.  Eli Tomac went down in the whoops right in front of where I was sitting in the stands, not once, but twice in pretty much the same spot and the same way.  The crashed were very similar.  Cooper Webb took over the lead and ended up winning the race with Zach Osborne in 2nd and Eli Tomac rounding out the podium in 3rd.  Cooper now had a 23 point lead going into Las Vegas and if Eli Tomac won, Webb just had to finish 20th or better.  If Eli placed 2nd, Cooper didn't even need to qualify because of the tie breaker. 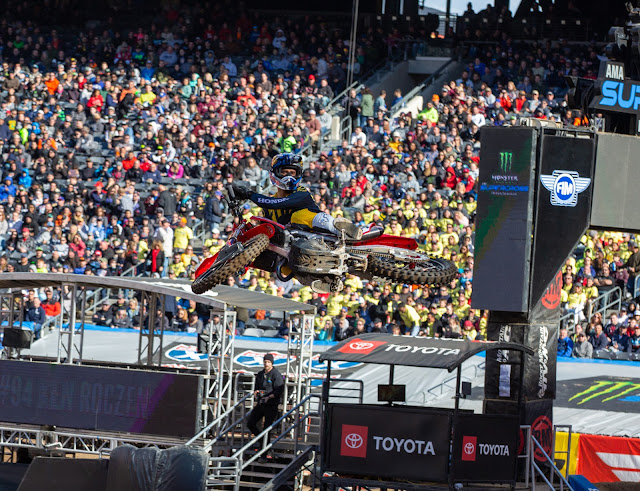 The whole Geico team had the Jets themed Shift gear

Just about locked the title up that night 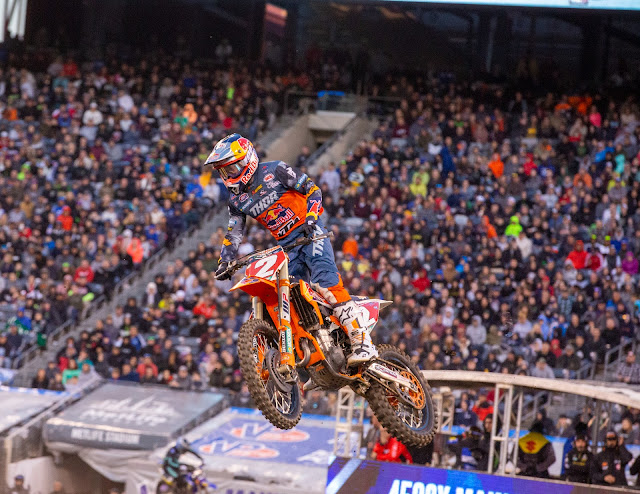 Eli was good in the whoops when everyone was blitzing them, but some troubles when it came down to jumping them 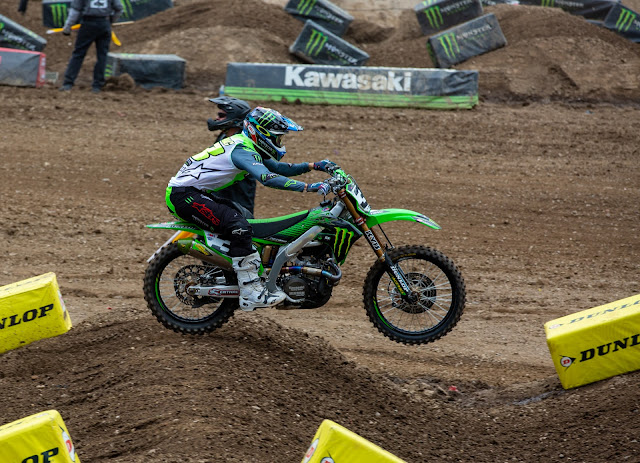 Justin Cooper at his "home" supercross.  He's from Long Island, NY so this is the closest round 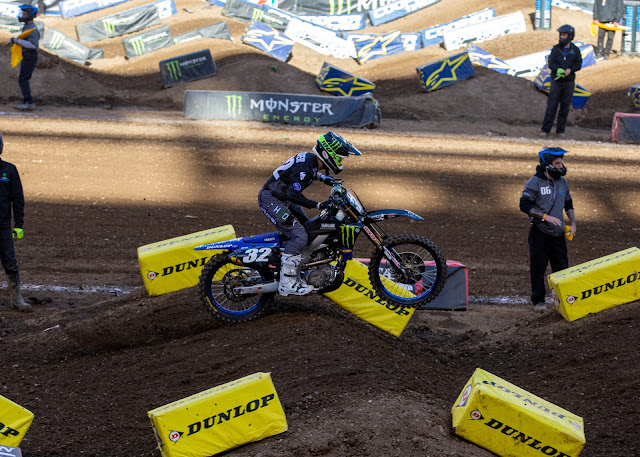 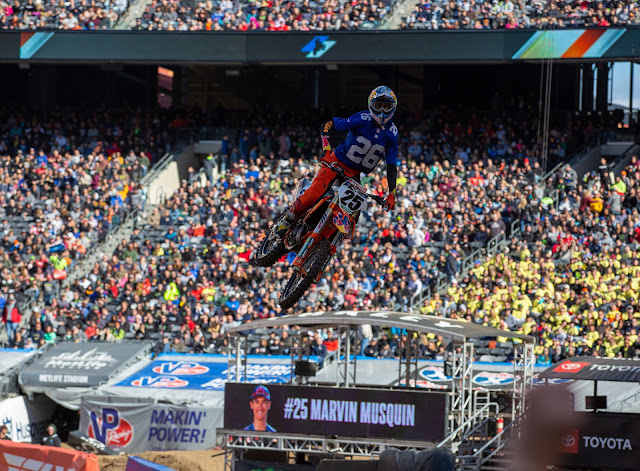 Posted by Jeff Ruscavage at 8:13 PM No comments: