I had the chance to attend a Nitro Circus Live event when it came to the Wells Fargo Center in Philadelphia, PA on January 9th, 2014. What an amazing show!!!  I got my tickets very late so our seats were at the top of the arena, but even still, we were able to see all the action.  If Nitro Circus is coming to a town near you, do yourself a favor and go see it!

This videos shows all the different contraptions that the Nitro Circus crew launched off the Gigant-A-Ramp.  Anything from a Barbie car, a cooler, a recliner and more!  Check out the video to see it all!


Nitro Bomb and All In:

Aaron "Wheelz" Fotheringham lands a frontflip off the Gigant-a-Ramp.

Cam Sinclair and two fans from the crowd successfully complete a three-man back flip on a motorcycle.

Jed Wedlon lands a back flip off the Gigant-A-Ramp with a fan from the crowd riding piggy back the entire way through the trick.


Right Side Up to Upside Down:

The FMX crew of Nitro Circus Live perform tricks the normal way and then follow it up by doing the same trick in a back flip.

James Foster pulls a triple backflip off the Gigant-A-Ramp 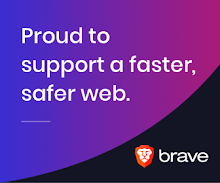